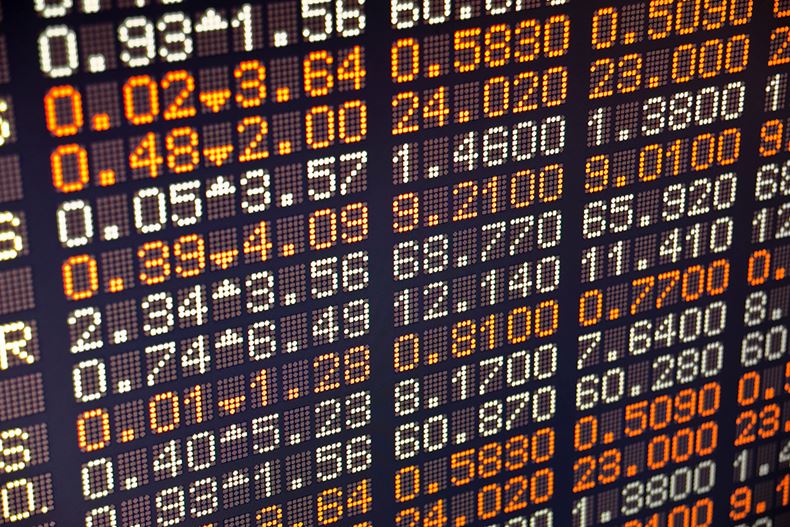 The options market is in a strange place.

With the US election just days ahead, the CBOE Volatility index (VIX) – which tracks options prices, and thus measure investors’ willingness to pay for downside protection (and to a lesser extent, upside speculation) is doing something quite unusual.

On Friday, the VIX rose as high as 41 – its highest level since June, and a clear indication that traders believe the next month could bring some significant volatility.

While the VIX is simply the output of a mathematical equation, VIX futures are actively traded. This allows us to examine expectations about future volatility.

Since events always happen in the present, and the near future is closer to the eternal present than the far future, the further forward we look, the less we tend to know. So it makes sense that VIX futures relating to periods further in the future tend to trade at higher prices.

But that’s not what’s happening now. Currently the VIX curve is in ‘backwardation,’ which means that the VIX is generally expected to fall over time. The most significant drop comes from December VIX futures (at 33.5 on Friday) to January VIX futures (at 31.5 on Friday). July 2021 VIX futures are at 28 – which, it should be noted, does remain about the VIX’s long-term average.

Here’s what this implies: Investors currently believe that volatility expectations will remain elevated for the next few months, but that markets will calm down after the winner of the election is sworn in. Or we can put it another way, and say that people are currently willing to pay more for protection in the near term than in the longer term.

Recalling the messy aftermath to the 2000 election, longtime options trader and Millbank Dartmoor Portsmouth CEO Dennis Davitt commented: ‘If we have hanging chads all over again, that would throw all kinds of uncertainty into the market – so people are buying short-term insurance now to get ahead of it.’ 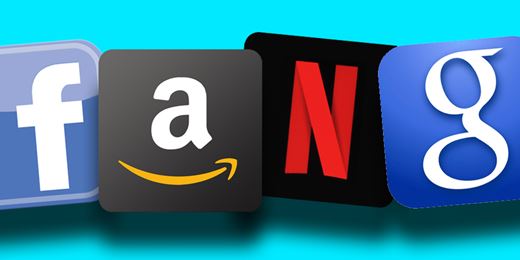 No sector is more economically robust, but also more politically vulnerable, than technology.

And the sector is potentially vulnerable regardless of the election result, with both parties thinking critically about monopoly power and antitrust issues.

‘The increased scrutiny over big tech companies is bipartisan, as evidenced by the recent hearings, even if the reasons are different for different parts of the political spectrum,’ Fidelity portfolio manager Ali Khan recently noted on the firm’s website.

No company exhibits the economic strength of the tech giants better than Amazon, which has produced trailing 12-month revenues of $321bn, according to Morningstar. The firm’s 2019 revenues were $40bn less at $280bn, and its 2018 revenues were nearly $100bn less at $233bn.

But Amazon, along with the likes of Apple, Facebook, Google parent Alphabet, and Microsoft, is facing increased government scrutiny.

Last week, the Department of Justice filed a lawsuit against Google for entrenching itself as the dominant search engine through anti-competitive practices. Facebook also faces an antitrust lawsuit from the Federal Trade Commission.

Antitrust enforcement is often associated with the political left, but the current situation is not so clear-cut.

And a new crop of intellectuals writing books defending antitrust enforcement runs the gamut from those on the left such as Matt Stoller, the author of Goliath: The 100-Year War Between Monopoly Power and Democracy and David Dayen, author of Monopolized: Life in the Age of Corporate Power, to Jonathan Tepper, co-author of The Myth of Capitalism: Monopolies and the Death of Competition. Tepper is a fund manager who defends private property and competition as the two defining features of capitalism and has written articles for The American Conservative.

Today’s tech giants are so powerful that they may accomplish the seemingly impossible and unite the two parties at least on one policy: breaking them up.

Khan was circumspect about this happening, highlighting that each company was different – ‘social media is different from search’ – and adding: ‘The government obviously has to balance common sense reforms and ideas with making sure not to put the largest companies in the US at a competitive disadvantage versus our competitors globally.’ 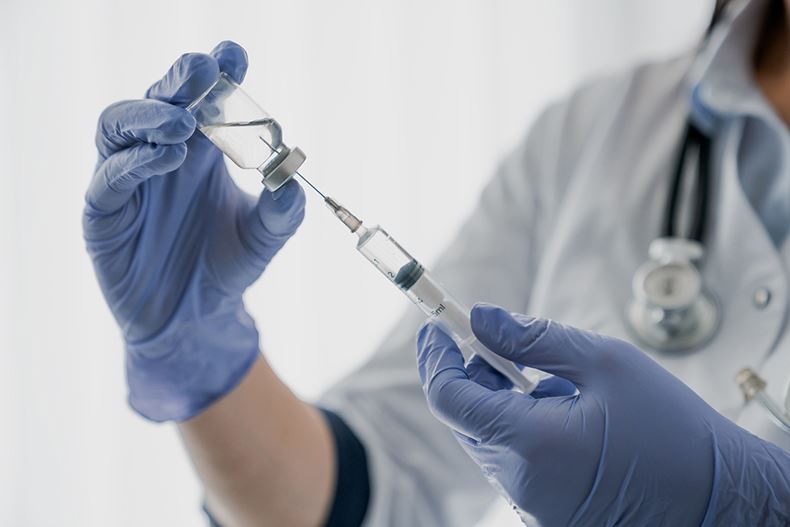 As the Covid-19 pandemic shows no signs of abating, the healthcare sector might find itself less vulnerable to election uncertainty than might have been the case in other recent election cycles. In addition to the newfound attention being paid to the space, the rhetoric around healthcare has remained relatively tame compared to 2016.

‘The reason why the markets have been so volatile is because we’re in a pandemic — a healthcare crisis — and therefore, the political aspect or the election uncertainty for the healthcare sector probably isn’t going to be as great this time around,’ Carin Leong Pai, director of equity management at Fiduciary Trust International, said in a September roundtable.

Pimco, meanwhile, predicted pharmaceuticals would be among the ‘losers’ but hospitals among the ‘winners’ in the event of a Democratic sweep that sees Joe Biden winning the White House and Democrats taking the Senate.

Likely policies under a Biden presidency would be the strengthening of the Affordable Care Act (ACA) ‘by putting it on firmer legal standing’ and the push for reform allowing Medicare to negotiate lower drug prices, the fixed income manager said in a recent analysis.

Hospitals stand to lose while pharmaceuticals face ‘mixed’ results in the event of a status-quo election, in which incumbent Donald Trump starts a second term with a divided Congress, Pimco said. The firm said Trump could narrow the ACA and its insurance coverage provisions ‘if the Supreme Court elects to “sever” (overturn) portions of the ACA, and the new Congress and administration remain divided on legislatively re-instituting those provisions.’

Eddie Yoon, manager of the $5.7bn Fidelity Advisor® Health Care fund, said in a recent note that if the Republicans keep the Senate, the outlook for healthcare stocks generally improves whether Trump or Biden wins, as the ‘probability of major changes diminishes.’ 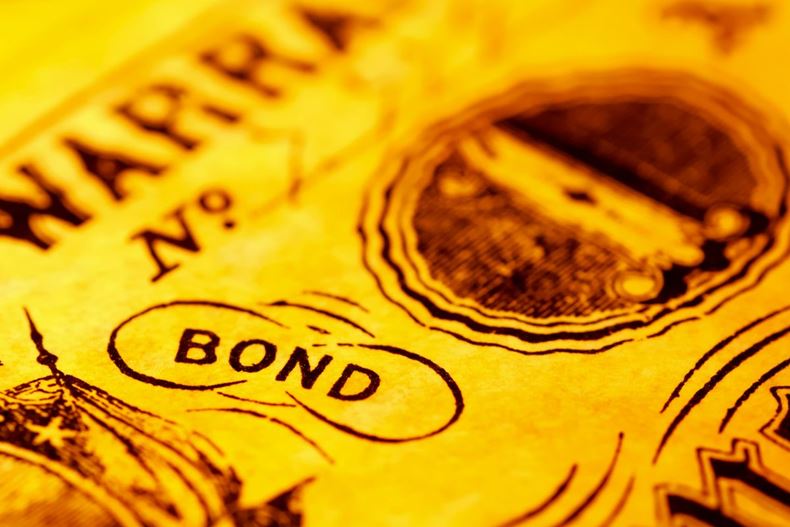 Regardless of the winner, the presidential election will likely bring a new fiscal stimulus package in response to the Covid-19 pandemic, and Treasury yields have already moved higher in anticipation.

Even if the Democrats do win control of the Senate and presidency, there are limits to how much yields can rise with the economy still sluggish and new waves of Covid-19 preventing a return to a sustained recovery.

Among the losers would be oil and gas exploration companies, as well as chemicals and healthcare names.

Covid-19 support for states could be a boon for the municipal bond market.

The Newport Beach, Calif. bond shop said that election resulting in the status quo being maintained (Trump in office, Congress split) would mean a small infrastructure bill and a limited ACA, making the winners homebuilders, financials, and pharmaceuticals.

Hospitals, by contrast, become losers, and renewable energy, chemicals, and energy pipelines exposed to federal lands likely have mixed outcomes in such circumstance. 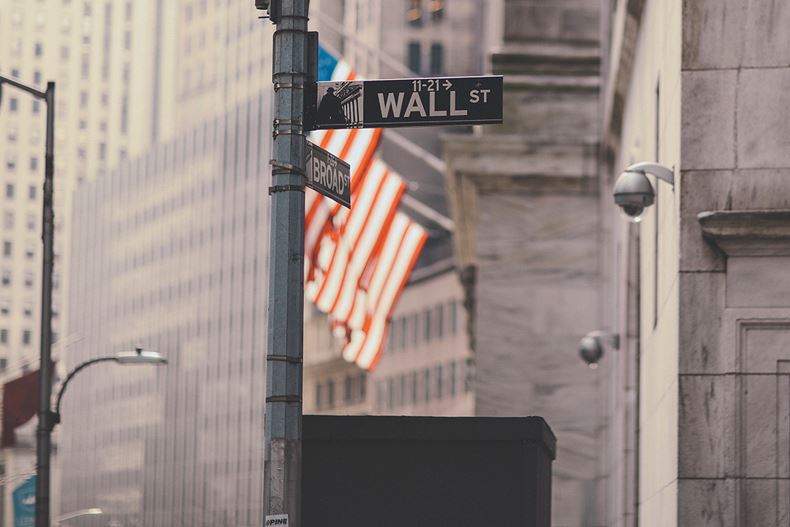 While the financials sector is seen doing better under Trump, who is likely to keep regulation light and taxes low, Fidelity portfolio manager Matt Reed pointed out in a recent note that the outlook for the sector depends much more on the economy than on political considerations.

Reed said a Democratic victory could mean a tougher regulatory environment and a higher corporate tax rate, while a Republican victory would have the reverse effect, but that these moves would be offset by the fate of the economy. 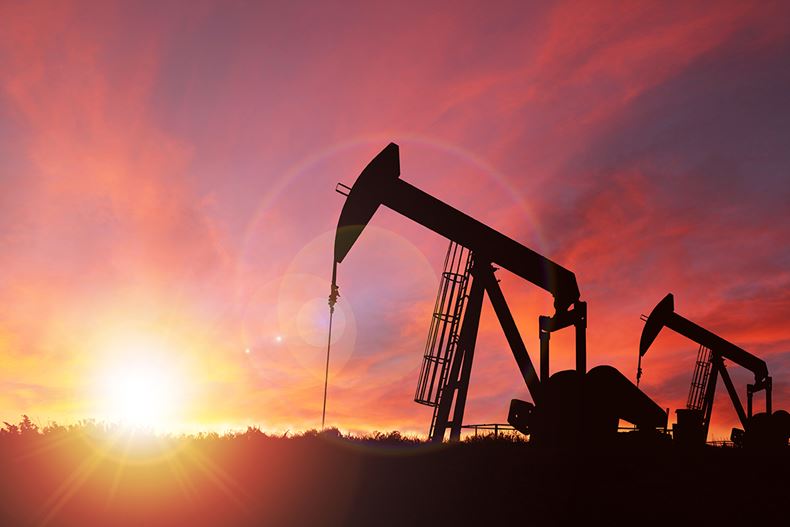 A Biden victory is expected to usher in policies designed to address climate change, would could be a boon to renewable energy companies and a headwind for traditional oil and gas names.

Meanwhile a win for Trump, whose decision to depart the Paris climate accord comes into effect on November 4, will likely mean the opposite.

Still, Pimco head of public policy Libby Cantrill and managing director John Devir point out in a recent note that Trump’s favorable oil and gas stance have not helped the sector hugely over the last four years.

‘President Trump’s energy-friendly policies have done little to aid oil and gas companies, which have been hampered by heightened ESG concerns, limited availability of incremental investor capital given poor returns, and secular headwinds,’ they wrote.

While Trump cannot halt the secular shift away from fossil fuels to renewable sources, he could slow it, according to Loomis Sayles credit analysts Matthew Kelly, Joanne McIntosh, and Austin Nasca.

They wrote: ‘If Trump wins, we would expect more of the same in the power sector. Coal generation would likely be phased out and renewable generation, coupled with battery storage, would likely become a growing share of the generation mix over time. However, Trump has indicated that he would let state regulators and utilities determine how quickly that transition would materialize. We believe a Biden presidency would bring disruption.’

This disruption includes a plan for the US to generate all its power from carbon-free sources by 2035, something the Loomis Sayles analysts note would cost more than $2tn, a cost that could be partially borne by regulated entities. 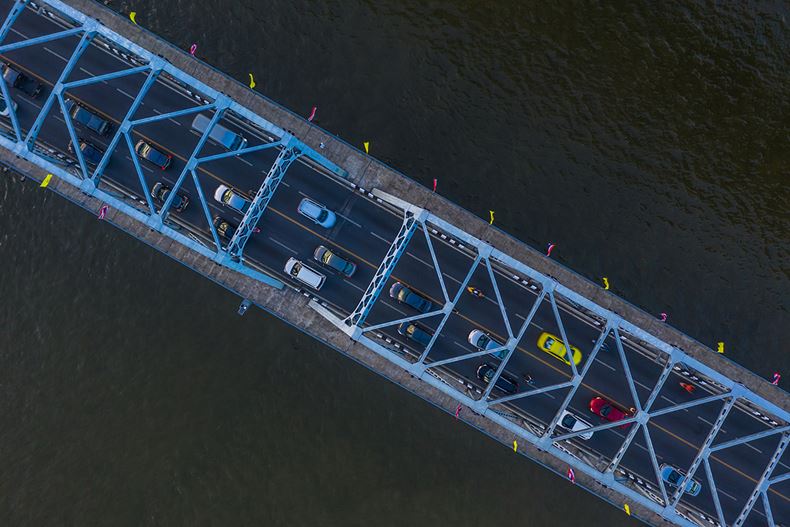 Both candidates have set out plans to invest big in infrastructure if they win, Biden to the tune of $2tn, Trump promising $1tn.

This has led analysts to predict a large federal infrastructure bill will be passed in 2021, whichever party holds power after this week’s election.

But there are differences between what those bills might looks like, a point highlighted by Elizabeth McGuire, a materials and industrials analyst at Putnam Investments.

Biden’s four-year plan focuses on ‘traditional spending on roads, bridges, and waterways, as well as “green” spending in areas such as electric vehicle charging stations and sustainable homes,’ she noted.

By contrast, Trump’s $1tn plan is focused on ‘traditional road and bridge work.’

‘For some perspective, if 100% of that [Trump] money were devoted to industrial products over a 10-year period, it could add several hundred basis points to annual sales growth for the sector,’ said Chad Colman, who manages industrials sleeves of the $9.6bn Fidelity Stock Selector All Cap fund, among others.

Colman said he was skeptical about such bills coming to fruition, given past failures to deliver, but McGuire said they were more likely to happen in the current environment, given the deteriorating infrastructure in the US and the need for economic stimulus in the wake of Covid-19.

By Citywire - 18 Nov, 2020
Read More
Most Popular
There was an error loading markets data.
FTSE 100 Other markets
6333.84 -18 0.2773% 04:45
All times displayed in GMT Standard Time
We use cookies to give you the best experience on our website. You can continue to use the website and we'll assume that you are happy to receive cookies. If you would like to, you can find out more about cookies and managing them at any time here. This site is for Professional Investors only, please read our Risk Disclosure Notice for Citywire’s general investment warnings
We use cookies to improve your experience. By your continued use of this site you accept such use. To change your settings please see our policy.