Dhiraj Bajaj (pictured), head of Asia fixed income at Lombard Odier IM, has moved towards longer duration credit positioning within investment grade credit as he thinks there is a strong demand for high-quality duration assets globally.

‘We believe the supply of long-dated bonds within the credit universe is going to be far less than investor demand in a world of structural low inflation and growth,’ he says. ‘We continue to supplement this with high yield in a somewhat bar-belled approach in our strategy.’

This brings a mixture of defensive assets with yield opportunities within Asia Pacific and emerging markets. ‘We think Asia and EM investment grade spreads will hold up very well despite the potential of a global slowdown,’ he adds.

Unlike previous recessions or crises, Bajaj thinks this slowdown is likely to be mild and the demand for yield assets will be high. ‘Never before have governments bought back so much debt and rendered monetary policy this impotent,’ he says.

Currently, he favours duration, both in high grade and the higher quality aspects of high yield. In contrast, he is avoiding highly-levered businesses and sovereigns, as he thinks the funding channels for them will deteriorate over the coming years.

‘We expect the global slowdown to have a non-linear impact on the credit markets,’ he says. ‘The best credits have ample access to funding and investor capital, while the weaker ones will see funding opportunities dim or close altogether.’

The greatest challenge, he says, is the structural outlook, which also provides a good opportunity for fixed income investors overall as they can capitalise on duration assets now.

‘This structural outlook, which is very tough to change by monetary or fiscal policy, will weigh on firms with high leverage and those that can’t reduce the quantum of debt over time,’ he says. ‘Companies that have raised debt to service coupons of previous debt will see the party end.’ 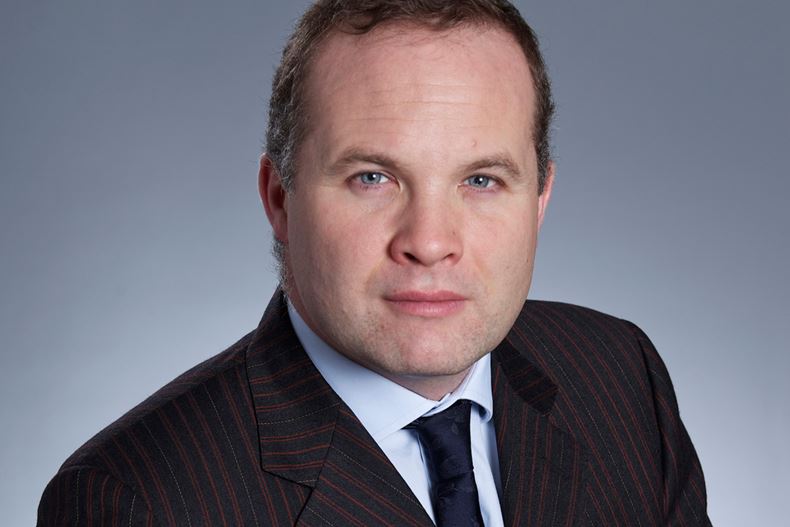 It’s certainly been an interesting year for fixed income, says Brett Diment, head of EM debt at Aberdeen Standard Investments. While those not involved closely in the area would have presumed it had been a tough period, the reality appears to have been rather different.

‘You’d think it had been pretty challenging if you looked at the headlines around the US and China trade disputes and concerns about global growth, but returns have actually been pretty good in emerging markets,’ he says.

He credits the decision to position portfolios ahead of some significant negative moves – particularly as far as Argentina was concerned – as one of the reasons his company’s strategies were generally ahead of benchmarks.

‘We reduced our Argentina risk quite significantly by getting rid of all the local currency risk and reducing the hard currency sovereign risk,’ he says. ‘Today, we are underweight Argentina across the vast majority of our strategies and pairing back on that story has helped us preserve gains.’

As far as opportunities are concerned, he highlights areas that others may be overlooking. A prime example, he says, are Chinese local currency bonds. ‘In contrast to most other higher grade markets, they have actually been a bit of a laggard so it’s an interesting market.’

Within Latin America, meanwhile, he attributes the recent weakness in the Brazilian real to financial contagion from the ongoing situation in Argentina. As a result, this may provide a potential opportunity over the coming months.

‘You need a real breadth of resources in this asset class to be able to sufficiently do your research as you’re investing across sovereigns, local markets and corporates,’ he says. ‘It’s about 80 countries. It’s also important that we have a number of different local and global strategies.’

The ability to be relatively nimble in the markets is also vital. ‘Situations can develop quite rapidly,’ he says. ‘Even if things go contrary to what we expect, we are not afraid to cut positions down pretty rapidly in those situations.’

The challenging nature of these areas is the attraction. ‘One can never be complacent,’ says Diment. ‘You’re looking at a whole range of different countries and cultures and to a certain extent it’s about trying to get into the minds of what those local investors are doing. It’s a very dynamic part of the marketplace.’

These comments originally appeared in a supplement published with the October edition of Citywire Selector magazine.

Most Popular
Latest News
Fund managers in the news today

Revealed: the top ESG funds and managers from around the globe

The 10 equity funds that saw the biggest outflows in Q1

Most Popular
Show more popular stories
We use cookies to give you the best experience on our website. You can continue to use the website and we'll assume that you are happy to receive cookies. If you would like to, you can find out more about cookies and managing them at any time here. This site is for Professional Investors only, please read our Risk Disclosure Notice for Citywire’s general investment warnings
We use cookies to improve your experience. By your continued use of this site you accept such use. To change your settings please see our policy.