Searches on Amazon for non-traditional items – namely personal protective equipment (PPE) and non-perishable goods – will lead the online retail giant and its fellow FAANG (Facebook, Apple, Amazon, Netflix and Google) companies to have a long, hard think about potential gaps in their businesses in a post-Covid-19 world.

Speaking to Citywire Selector, Jonathan Curtis, Citywire A-rate manager on the $4.66bn Franklin Technology fund, said the household names, which are usually grouped as technology, had performed particularly well during the pandemic.

However, he noted that smaller firms had plugged gaps where the likes of Amazon had not been able meet demand. ‘Amazon has gone through an interesting period and has had its business model tested in a way people might not have expected.

‘For example, it was essentially a bookstore. Of course, it is much more than that now, but it found during the early part of the pandemic that searches for items such as PPE, fresh food and non-discretionary items rose. That had implications for its ecommerce business.

‘It also meant people who couldn’t find what they wanted looked beyond the Faangs, with Twilio and Shopify among those that did well out of that trends,’ he added. ‘There is a potential for M&A off the back of this. The Faangs are well-positioned and could look to add in areas they have found themselves less exposed.’

Curtis highlighted how Amazon, which was a 4.6% position in the fund at the end of May, had already made a significant move to invest in self-driving car company Zoox, in a deal worth a reported $1.2bn, which he said could be followed by further investments. 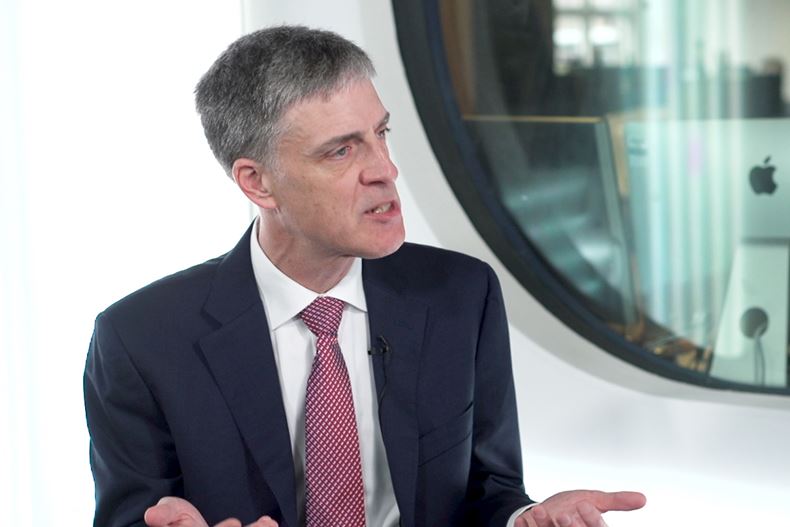 Having previously championed ideas away from the more-famous Faangs, Curtis said he was pleasantly surprised by some smaller positions in his portfolio. He singled out San Francisco-based cloud solutions company Twilio – a 1.3% holding at the end of May.

‘Among the winners that we have seen are Twilio and Epic Software, which are examples of the kind of stocks that excite us,’ he said. ‘The two of them combined to develop a video healthcare experience, which proved exceptionally timely.

‘In the space of two weeks, it was able to develop to the point that the Epic offering could be made accessible to 250m people. I am not saying that 250m people used it, but the capacity was there in such a short space of time.’

Another winner for Curtis was video conference calling company Zoom. Its daily interactions leapt from 10 million per day to 300 million per day in a three-month period. He said this success is twofold: it shows the strength of Zoom as a business but also the challenges other industries now face.

‘We expect commercial real estate is going to suffer. We have seen that many of these companies can operate – and operate effectively – without physically being in offices. I can see this change happening. I am speaking to London now, I am speaking to Asia later today and I haven’t once had to go to an airport. Technology has made that possible.’

On a three-year, total return basis the Franklin Technology fund returned 98% in US dollar terms to the end of June 2020. This is while its benchmark, the MSCI World/Information Tech NR USD, rose 91% over the same period.

By Victoire Barbin Perron - 06 Aug, 2020
Read More
Most Popular
There was an error loading markets data.
FTSE 100 Other markets
6032.18 + 5 0.0869% 03:35
All times displayed in GMT Standard Time
We use cookies to give you the best experience on our website. You can continue to use the website and we'll assume that you are happy to receive cookies. If you would like to, you can find out more about cookies and managing them at any time here. This site is for Professional Investors only, please read our Risk Disclosure Notice for Citywire’s general investment warnings
We use cookies to improve your experience. By your continued use of this site you accept such use. To change your settings please see our policy.